The Bangladesh Krishok Federation and its sister organisation Bangladesh Kishani Sabha (for women) are part of La Via Campesina and are working to secure the rights of peasants through direct action such as land occupations. There are really huge and inspiring ones, giving homes and place to grow food to thousands of landless people. They also organise demonstrations & rallies, workshops & forums and provide financial & legal aid. See their website for more information www.krishok.org

On 24 April 2013 in the morning a tragic incident took place in Savar near the capital of Dhaka that claimed around 293 lives of garment workers, mostly of whom are women.

A 9-storied building completely collapsed to ground and the garment workers inside the building were stuck. It caused a huge death toll and injuries. Until now the 297 dead bodies were found and more than 2 thousand injured and mutilated people were rescued with the help of army personnel, police, Rapid Action Battalion, fire brigade and local people. Yet, unknown number of people inside the debris and rubble of the collapsed building are calling over their cell phone and urging near and dears to save their lives. Unfortunately the rescue operation is going on slowly as they do not have modern technology of rescue. There is a blame that the people responsible to rescue task is not serious and the ordinary people dissatisfied took the responsibility on other own trying to find out the dead and survivors inside the wreckage.

The owner of the building called Rana plaza belongs to ruling party, Awami League. The owner fled away the area at once.

In protest of the incident the garments workers in the city staged demonstration and demanded punishment to those responsible. They also demanded proper security at work.

The incident like this is not something new. In 2005 in the same area the building of Spectrum Garments also collapsed and huge number of people died. However, the surprising is that the responsible never get punishment. So the incident is on the rise. Last year almost in the same area another fire incident in Tasreen Garments factory 111 garment workers were brutally burned. So far the guilty was not brought to book in proper way.

Bangladesh Krishok Federation is seriously concerned with the magnitude of the incident. It thinks it is not a normal thing that is taking place frequently. It is failure of the system which does not care of the workers’ lives and livelihood. It says it is reported that the there is a big crack identified in the building just two days before the incident. Nevertheless, the owner of the building forced the workers to go in the building to work. This is a crime and the perpetrator should be brought to justice.

Bangladesh Krishok Federation(BKF) wants to stand by the victims materially. Despite BKF is working among the peasantry of the country it will prioritize the issue because most of the victim workers, both men and women, hailed from the village. They have their rural back ground. They came to the town for job, for their very survival.

Therefore, BKF wants to go with relief and financial support for treatment to the victims and their families in solidarity.

As BKF is a subscription based organization working among the marginalized peasants of the country it is alone not capable to support the victims who need piratical material supports. Thus, we asked to our friends, well-wishers and sympathizers to contribute to our efforts in this regard. Any kind of support of you will be highly appreciated.

All the best regards, 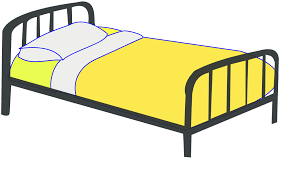